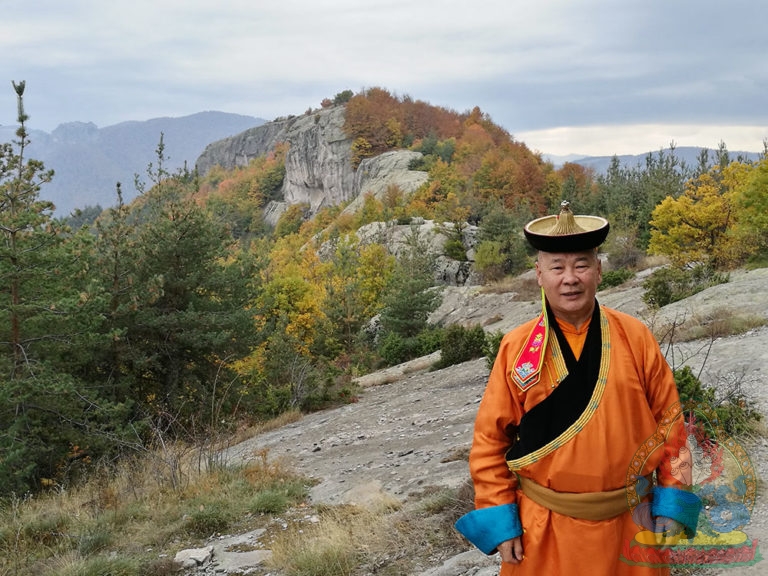 Khamba Lama Natsagdorj.D: Various kinds of disorders can be inflicted by water spirits

–Mongolians talk about water spirits, but they may not know of their actual existence. Can you tell us about these spirit beings?

-I realized that not only Mongolians, but people from around the world have basic  understanding of spirits dwelling in the water. I’ve been to many different countries and met with people from different racial or ethnic backgrounds and always learn that water spirits are kind of supernatural beings in the myth and folklore of their cultures. There’s a basic understanding of water spirits amongst Mongolians, but they don’t seem to know about them in details. Water spirits are categorized into 8 tribes and belong to an animal realm, meaning they belong to the realm that is lower than that of human beings. The dwelling place of water spirits may vary, such as above and below the earth and in the air. They can also be distinguished by their lineage, such as king, master, servant, Brahmin and executioner. Water spirits like Dunjon, Lumangarmo with king or master roots aid other beings. But spirits such as Nagbo, Zinba, Lagmed with lower status can have harmful effect on other beings. The existence of water spirit world has been documented in the ancient sutras and teachings preached by godlike figures. The sutras also mention about the time when Gautama Buddha was spreading wisdom, many of the water spirits were present. Even though Mongolians had knowledge of water spirits back then, during the period in which the Buddhism was repressed, such belief was almost diminished. It is important to point out that the sutras teach us to pay homage and take refuge in the Three Jewels, which are the Buddha, the Dharma and the Sangha but not to the water spirits as they belong to the animal realm.

–How can the water spirits have negative influences on us?

-Water spirits are believed to be sightless. Therefore, those causing negative impacts on the environment and water anger the spirits and may suffer, as a consequence. Many disorders including skin disease may arise from such thoughtless acts and in some cases, even death. Some of the spirits are so vicious that they are capable of causing a sudden change in the blood and even lacerations on the skin and feed on the flesh as they are rather fond of blood. Bear in mind that instead of paying homage to water spirits, try keeping neutral interactions with them by making offerings or reciting certain mantras to avoid any unpleasant encounters or diseases. There’s no point in denying their existence and by doing so, it will only lead to jaws of misery. It appears that people are unaware of how malicious and damaging water spirits can be.

–How do we disturb the water spirits?

-For instance, we litter. More we litter, more foul smell it produces and that can disturb the spirits. We all wish to live in a healthy environment, but then our actions might suggest otherwise. One may get hurt by the evil spirit just for spitting, because some of the spirits feed on body fluids such as saliva and sputum and they can use the information on our DNA to exercise very bad influence over humans. Back in the day, people were aware of such facts, so they used some sort of tissues or buried it in the ground. However, such thing is almost forgotten today and people couldn’t care less and there is always consequences for our actions. Apart from it, disturbing the sanctity of water, mountain, and the spirit of holy places can have a serious influence on us. Especially during the flowering period of plants, water spirits have such strong lust for them and breaking or damaging the plants during those periods will infuriate the spirits. The spirits demonstrate their wrath by causing serious negative effects on our health and even on our personal lives. Those who deny the existence of water spirits are often found to be oblivious of such natural forces. Polluting the rivers or changing the landscape around them will anger the spirits too. Women who are on their period must avoid swimming in the river, by doing so, they are basically exposing themselves to various risks such as many chronic disorders, cancer and even deaths in some cases. Therefore, we all need to be aware of such things and pass it on to our children. People are so greedy these days and lately, a large amount of people have been falling prey to the water spirits for digging for natural resources at mining sites. Generally, I don’t think it’s right for some individuals to make money from minerals and keep it to themselves. Minerals like gold is a national treasure and is created by the good deed and virtue of our people. If we keep disturbing the spirits, be prepared to experience the worst natural disasters such as drought, flood and hailstorm.

-There are rituals carried out to calm the disturbed spirits. Does that mean the spirits may help us?

-Water spirits can be easily disturbed, huffy but quite wrathful. And yes, there are some rituals such as making offerings or performing certain chants can calm down the spirits, so that we can keep away from natural disasters, like storm, drought etc.

–What kind of activities are being carried out by the religious leaders in Mongolia regarding dealing with the water spirits?

-The monks at Manba Datsan hospital perform chants for those already hurt by the water spirits, or seeking precautions against them. I don’t think I can single out a work done by the religious leaders in Mongolia, as they haven’t been doing anything more than worshipping “ovoo”, which is sacred stone heaps used as alters for Buddhist prayers. Aside from it, nothing much is done to help those suffering from illnesses associated with water spirits.

–How can we calm the water spirits when they are disturbed? Can it only be done by a monk or someone specializes in chants?

-Back in the day, people sought help from powerful monks with pure hearts, who acted as fortune tellers and that’s how they found out if they have been really hurt by the water spirits. But today, there seems to be lot of bogus ones with tongues like a demon and they are fooling many of our people. Fortune telling must be performed only for the benefit of other beings, and not for your own sake. Those telling lies, or siding with evil spirits mustn’t try fortune telling and only distinguished monks can perform chants to calm the spirits or heal people with disease caused by the spirits. Basically, monks are able to absorb and transfer any negative energy from a person to an item, and then use that item as an offering to the evil spirits. Such ritual must only be performed by experienced and powerful monks and shouldn’t be conducted by amateurs.

–There’s a chapter on disorders caused by water spirits in traditional Mongolian medical textbook. What sort of symptoms would appear? Any specific symptoms?

-Traditional medical doctors have a principle theory, which instructs them to diagnose their patients by the state of their urine, pulse and tongue. Depending on the water spirits, different shapes can appear on the surface of the urine. In some cases, a patient could develop an illness within short period of time and can experience sharp pain or even death. Also, many different types of illnesses can become chronic and recurring, if not treated early. In traditional medical textbook, there are 18 types of disorders caused by evil spirits to be exact. Leprosy, small pox, laceration, vitiligo, psoriasis, diseases of vital and vessel organs, skin and muscle tissue diseases, allergy, cancer, haemorrhoids are all associated with water spirits. Some of the liver, kidney and heart diseases are caused by water spirits and can lead to death due to complications despite the treatment. Water spirits are also capable of spreading germs, bacteria and even viruses. Special prayer or chants can reverse the negative effect of water spirits on human, if performed shortly after the incident. However, if the spirit is attached to person’s body and soul like a mixture of milk and water, it may require a number of powerful chants to clear. There are water spirits that get attached to specific organs in our body and in some cases they can even harm the traditional medical doctors or monks who were involved in the process of clearing. Therefore, some of the doctors are likely to contract a disease that they have been successfully treating for years as it may anger the spirits and doctors become the target. Due to the negative energies coming from the water spirits, doctors and monks must be able to protect themselves from any harm. One who mastered the special chants, known as yeguzer, and enlightened ones are fully protected against such forces.

–Many patients with disorders caused by water spirits or Nagas are treated at “Manba Datsan” hospital. Please tell us about it.

-As I said before, during the early stages of some disorders or chronic skin diseases, if the diagnosis is accurate, combination of medical treatment and chants performed by the monks can cure the patients completely and recovery will be rapid. Disorders associated with mental health, cardiovascular system, gynecology, kidneys, arthritis, skin, gout are often caused by the influence of water spirits.

–A number of people have come to you for medical help. But how many of them are actually aware of the fact that they have been hurt by the water spirits?

-Some of patients are fully aware of how they disturbed the spirits after they visited certain rivers or lakes and got sick afterwards. It’s also quite often to receive patients complaining of having a vision of water spirit figures in their dreams. It’s important to point out that there are many undiagnosed diseases in western medicine that are basically caused by evil spirits, dwelling in 4 cardinal and intercardinal directions around the globe. Water spirits go into hibernation in late winter, meaning they are very unlikely to hurt people, but become active during the rest of the year.

–You said that spirits are capable of spreading germs and viruses. Is it right to assume that the latest flu outbreak was associated with disturbed water spirits?

-Balance of nature, especially the existence of thousands of cells tuned to each other is the foundation of our healthy life. But due to our careless acts such as polluting the air and water, all the water spirits from 8 tribes are disturbed, and many people are ill as a result. Those who are mean spirited, never recite a single Buddhist chant, malicious, full of delusion, greed and aversion, as well as don’t have a guardian spirit will be the most vulnerable to the influence of water spirits. Whereas those with pure heart and good deed, are experienced in Dharma teachings, compassionate, always reciting Buddhist chants, have a guardian spirit will not be harmed by the water spirits.

–Thank you for talking to us.